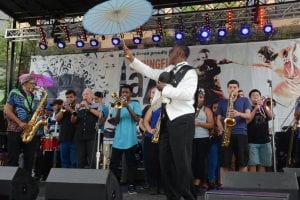 About: 2019 marks the sixth season of Springfield Jazz & Roots, an annual celebration that brings roughly ten thousand people together in the heart of downtown Springfield. Presented by Blues to Green, this internationally heralded festival draws visitors from throughout the Northeast and has become a powerful expression of civic pride, uniting our region’s diverse cultural communities through music, arts, education, and revelry.

Cory Henry and the Funk Apostles 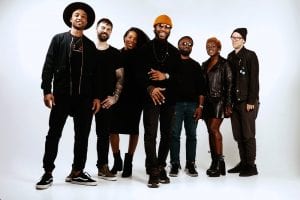 Cory Henry is an American R&B/Soul singer-songwriter, pianist, organist, and music producer. Being a former member of Snarky Puppy, Cory launched his solo artist career with Art of Love, his first independent release.

Cory was selected by Quincy Jones to headline his curated “Soundtrack of America” series opening of The Shed in NYC. [1]

Cory now tours and records with his band Cory Henry & The Funk Apostles. His musical touring began in 2006, and he has since toured with many mainstream artists, including Bruce Springsteen, Michael McDonald, P. Diddy, Boyz II Men, Kenny Garrett, and The Roots, and gospel artists, among them Israel Houghton, Donnie McClurkin, Kirk Franklin, and Yolanda Adams. 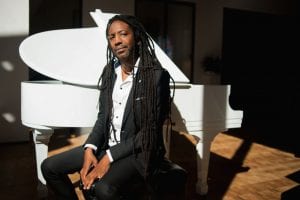 Since his arrival in the U.S. in mid 1995, Elio Villafranca is at the forefront of the latest generation of remarkable pianists, composers and bandleaders. His concert Letters to Mother Africa was selected by NYC Jazz Record as Best Concerts in 2016. In 2015, Mr. Villafranca was among the 5 pianists hand picked by Chick Corea to perform at the first Chick Corea Jazz Festival, curated by Chick him self at JALC. Elio Villafranca’s new album Caribbean Tinge (Motema), received a 2014 Preis der Deutschen Schallplattenkritik Nomination by the German Records Critics Award, as well has been selected by JazzTimes and DownBeat magazines for a feature on their very competitive section Editor’s Pick. He also received a 2010 Grammy Nomination in the Best Latin Jazz Album of the Year category. In 2008 The Jazz Corner nominated Elio Villafranca as pianist of the year. That year, Mr. Villafranca was also honored by BMI with the BMI Jazz Guaranty Award and received the first NFA/Heineken Green Ribbon Master Artist Music Grant for the creation of his Concerto for Mariachi, for Afro-Cuban Percussion and Symphony Orchestra. Finally, his first album, Incantations/ Encantaciones, featuring Pat Martino, Terell Stafford, and Dafnis Prieto was ranked amongst the 50 best jazz albums of the year by JazzTimes magazine in 2003. This year, 2017 Elio Villafranca received The Sunshine Award, founded in 1989 to recognize excellence in the performing arts, education, science and sports of the various Caribbean countries, South America, Centro America, and Africa. He is based in New York City and he is a faculty member of Temple University, Philadelphia, The Juilliard School of Music, New York University, and Manhattan School of Music in NYC. 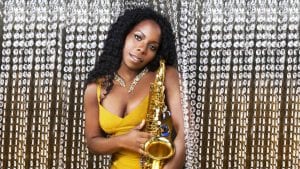 When Grammy-nominated Mack Avenue recording artist, composer, and bandleader Tia Fullerpicks up her saxophone, something amazing happens. Blending technical brilliance, melodic creativity, and the performing precision drawn from both her academic and stage experience, Fuller is a force to be reckoned with in the worlds of jazz, pop, R&B, and more. Currently, Fuller balances the worlds of performance and education, fulfilling a demanding schedule as both a busy touring and recording artist and a full-time professor at the Berklee College of Music in Boston. 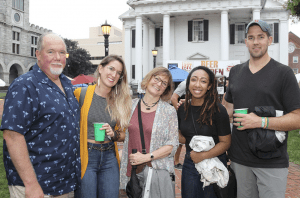 Over a dozen food vendors will be on site for this year’s Jazz and Roots Festival. Vendors include: 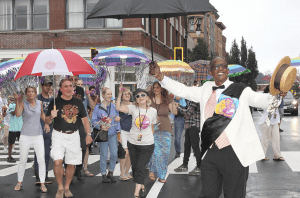 Parade: The New Orleans Brass Band camp from the Community Music School of Springfield will lead the parade!

They will be accompanied by the Berkshire Bateria drum and dance ensemble along with a crowd of musicians, families, and the general public. People of all ages and abilities are invited to bring an instrument and join in the celebration as we process down Main Street.

Participants will gather at 8 PM in front of the Community Music School at 127 State Street, just 1.5 blocks away from the festival site. The 20 minute long procession kicks off at 8:10 PM, proceeds down State and Main Streets, and culminates at the foot of the Main Stage.

Basketball Clinic: 12pm – 2pm, lace up and join us on the court at the MassMutual Center for an exciting afternoon of workshops with area coaches. Then, come over to Court Square to enjoy the music, great food, art activities, a second line parade and more!

Register for the clinic and have a chance to win a free pass to the Basketball Hall of Fame!

Hoopla is made possible with the generous support of the Naismith Memorial Basketball Hall of Fame, YMCA of Greater Springfield, South End Community Center, and the Springfield Boys & Girls Club, Inc. 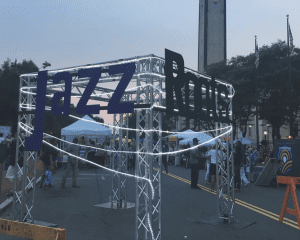 Join in the fun and creativity of the art tent! Maybe even create a lantern for the second line parade, which will take place at sunset! The crafts and artwork projects are designed to be accessible to all ages and skill levels. Several arts based organizations will be leading art activities throughout the day, including Artesana, Learn In Motion, Make It Springfield, and the Springfield Museums. Also, stop in at the nearby music activity tent, where Community Music School staff will be leading musical activities.

AFTER – PARTY AT MGM SPRINGFIELD 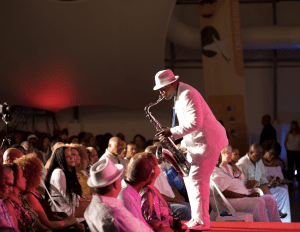 Saxophonist Elan Trotman, has quickly become one of jazz’s most thrilling and emotive performers as he continues to stand out and push boundaries as a composer, performer, teacher and recording artist. Trotman’s playing, though inspired by GroverWashington, Jr., Kirk Whalum and Najee, displays his own fresh ideas and distinctive tone. So much so that the New England Urban Music Awards, and The Barbados Music Awards both named him Jazz Artist of The Year on multiple occasions.

Trotman is also the Executive Producer and host of the Barbados Jazz Excursion, a jazz and golf weekend getaway which brings over 300 music lovers to the island every Columbus Day Weekend. Past performers include Jeff Lorber, Javier Colon, Gerald Veasley, Brian Simpson, Althea Rene, Marcus Anderson, Peter White and Jeffrey Osborne. Elan is also the founder of the Never Lose Your Drive Foundation – a Non-Profit which directly funds the Headstart Music Program. Headstart Music provides FREEweekly instrument instruction to students ages 7-11 on saxophone, trumpet, flute, clarinet and percussion. In 2016, over $6,000.00 was raised at the Jazz Excursion Weekend and Golf Tournament. All proceeds go towards tutor salaries, instrument maintenance and supplies for the program.

Born and raised in Barbados, the native island of pop star Rihanna, and educated at the world-renowned Berklee College Of Music in Boston,Trotman approaches jazz in his own way. Blending Caribbean rhythms from his roots with skillful horn textures, his playing is full of surprises.

This week we’ve teamed up with @baystate_health

When’s the last time you ventured the Quadrangle