Best in the City with Swizz Beatz 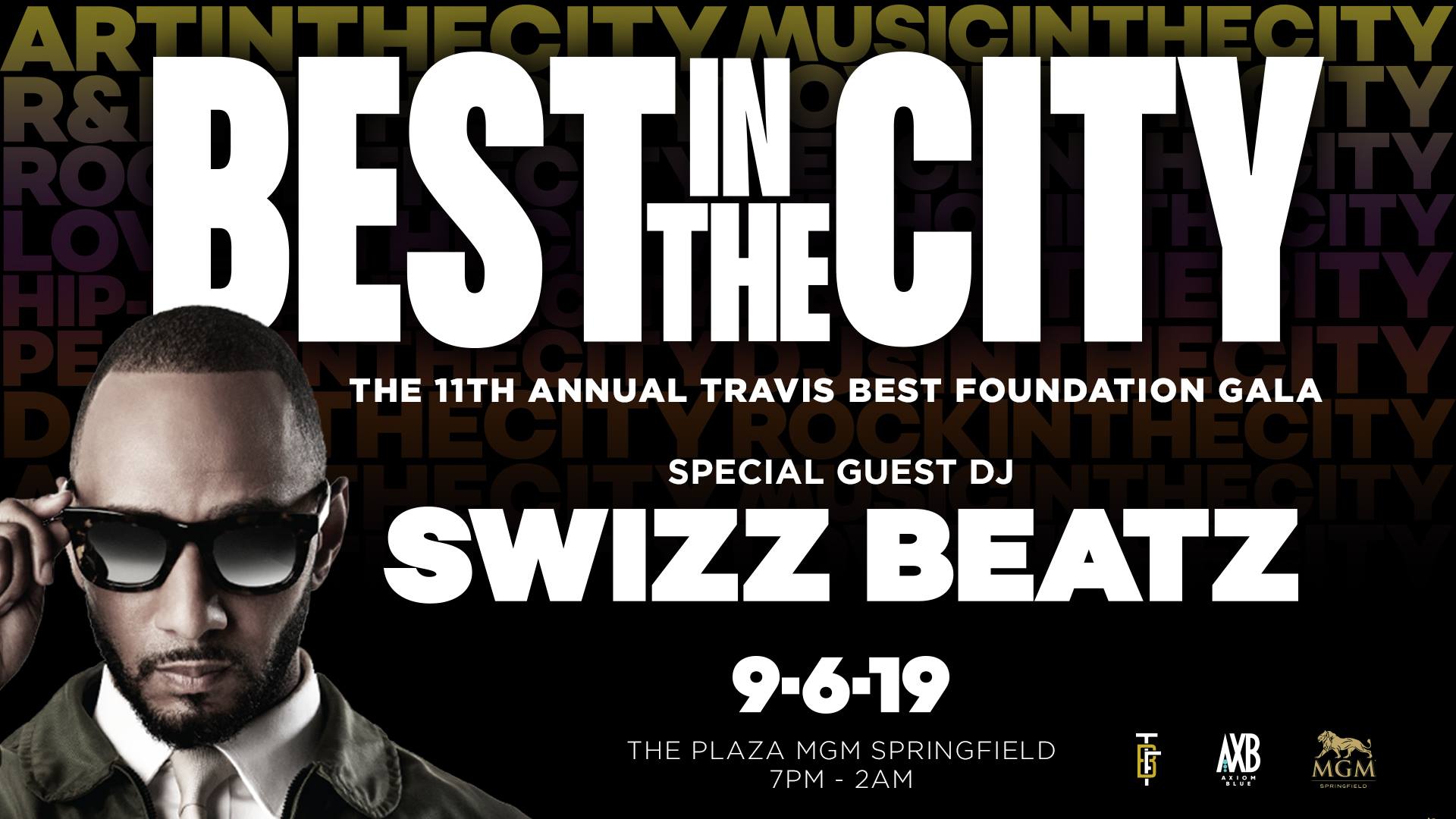 The Travis Best Foundation, founded by Springfield native, and former NBA great, Travis Best will host its annual fundraising gala entitled “Best in the City” at The Plaza at MGM Springfield Friday, September 6th. This year marks the first time that the event is open to the public – an effort to broaden community outreach.

The party with a purpose features a great line up of DJs including 10-time Grammy Award winning music producer Bryan-Michael Cox, along with DJ Mars. DJ Mars, originally from Springfield, is the resident DJ for Ciara, Keri Hilson, as well as Monica and author of the critically acclaimed book, “The Art Behind the Tape”. Special guest DJ will be music artist, and Grammy Award winning music producer, Swizz Beatz, whose notable productions include Beyonce, Jay-Z, Lil Wayne, and Alicia Keys. Kasseem “Swizz Beatz” Dean has also become widely known for his global philanthropic works and has signed on to the event to help foster the work of the Travis Best Foundation.

The festivities will begin at 7pm and feature local DJs from Springfield and Boston as the openers.