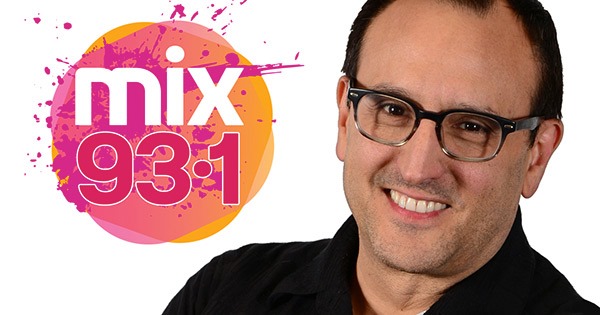 Zito and Kera can heard weekdays mornings on
Mix 93-1, at www.mix931.com or by downloading the IHeart Radio app to your smartphone or Ipad.
Chris has spent the last thirty years sharing his obsession with his family with comedy fans and radio listeners all over the country.
Starting out as half of the comedy team Zito and Bean right out of acting school, Chris Zito moved quickly to develop his own take on life as a (very!) young father.
It wasn’t long before he became a mainstay of the early Boston Comedy scene, eventually making appearances on Comedy Central, USA Network, A&E, and NESN.
Chris grew to love radio and landed on the JR in the Morning Show on WZOU in Boston in 1991. Years on the air in Boston and then Detroit, as well as countless comedy clubs all over the United States, eventually brought Chris Zito to hosting his own highly rated show on WXLO in Worcester, Massachusetts, then 103.3 WODS in Boston.