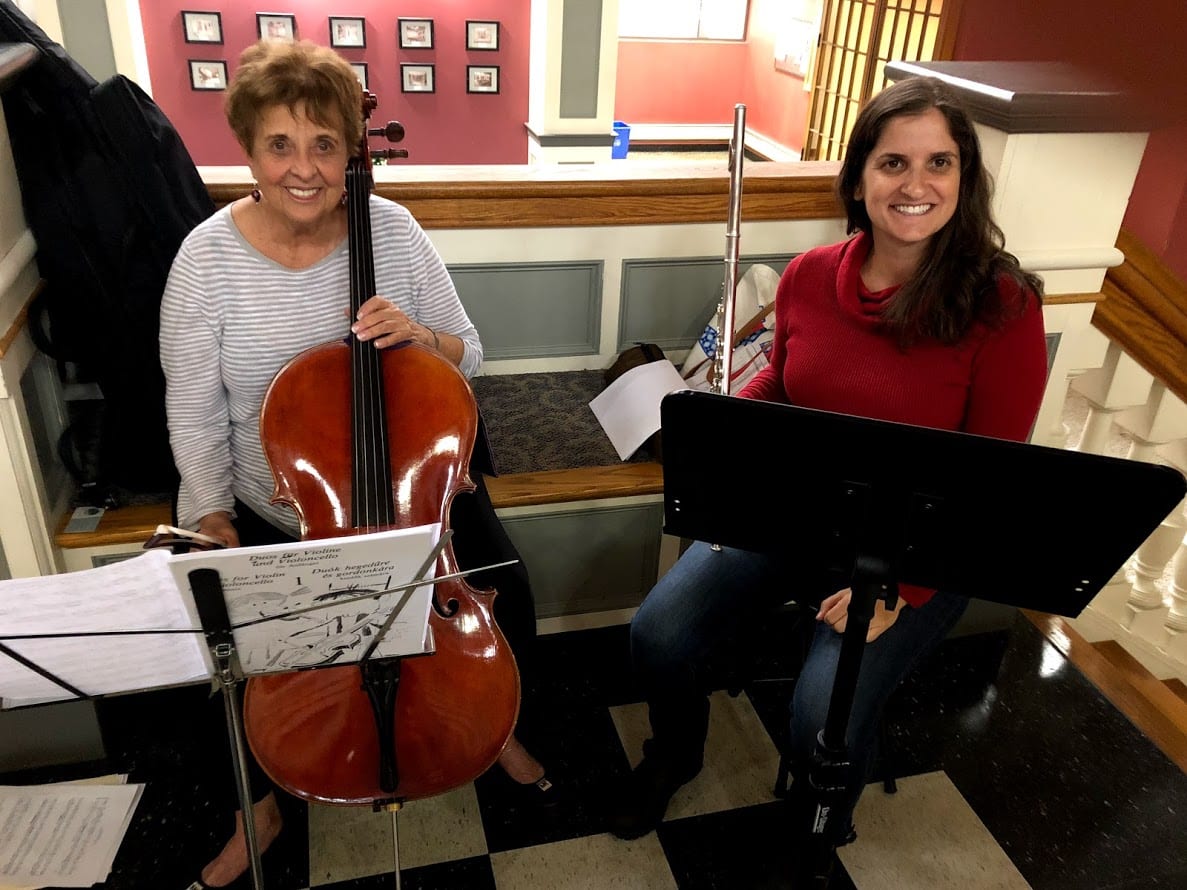 Très Classique, a project bringing live classical music to Apremont Triangle, will be presenting monthly concerts at Kimball Towers beginning March 20th, 2019. Concerts will take place on the third Wednesday of each month, 5:30pm-6:30pm, March- December. All concerts are free and open to the public. The goal of Très Classique is to provide live classical music to a population in Downtown Springfield, a population that is rarely exposed to this genre of music.

“We want to make classical music accessible and available to the neighborhood,” says Karoun Charkoudian, flutist and lead artist on the project. “I held a few concerts casually in the Fall of 2018. The attendees were so appreciative, as some had never been exposed to live classical music. I wanted to formalize these concerts in 2019 in order to spread the joy to more of the neighborhood.”

Each concert will be held as a musical gathering. Guests can mingle, watch the musicians play, and enjoy wine and cheese. Concerts will feature a different soloist and/or combination of instruments, including but not limited to flute solos, flute and piano sonatas, cello solos, flute and cello duets, bassoon solos, and bassoon duets. Featured composers include Bach, Handel, Mozart, Telemann, Vivaldi, Rimsky-Korsakov, Fauré, and Doppler. Seasonal concerts may also be offered.