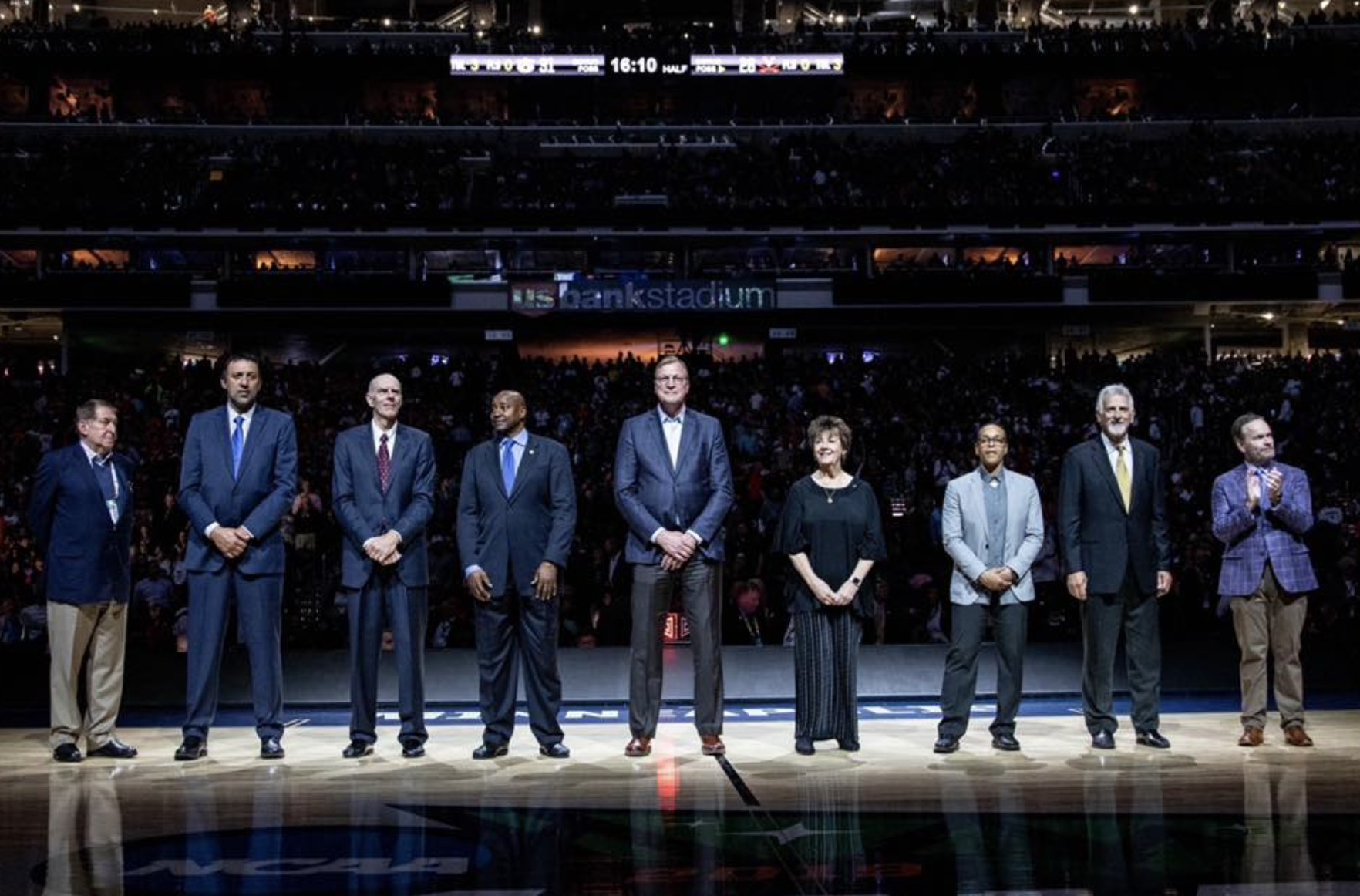 Members of the Naismith Memorial Basketball Hall of Fame Class of 2019 were asked to select a previous inductee(s) to accompany and present them to their peers. The choice is solely the decision of the incoming Hall of Famer. More than 50 Hall of Famers are expected to be in attendance for this year’s ceremony, including all presenters.

The 2019 Inductees and Presenters are:

Meet the Class of 2019 at their first Enshrinement Weekend public event.  A ticket to this event will give you the ability to secure one (1) autograph per class member.  The autograph can either be on a piece of your choosing or can be on the piece given to you provided by Panini.  All guests must have a ticket to enter the signing room and no individual will be allowed to possess multiple tickets.

Class of 2019 Press Conference and Jacket Presentation Presented by Haggar

Be in the room as the Class of 2019 is presented to the world for the first time in their entirety.  Welcome each class member as he or she walks on stage and is presented with their Naismith Orange Hall of Fame Jacket Presented by Haggar Clothing Co.  This is event is standing room only and viewing is able on the second and third floors of the museum.

Enshrinement Weekends first marquee event, the Family Reunion and Awards Dinner features over 50 returning Hall of Famers, along with the Class of 2019.  Programming for the evening is highlighted by the presentation of the John W. Bunn Lifetime Achievement Award, Curt Gowdy Print and Digital Media Awards and the Mannie Jackson – Basketball’s Human Spirit Awards.  You will dine in style amongst the game’s greatest to ever participate as unforgettable acceptance speeches and stories are told.

Mingle with the Class of 2019 and over 40 returning Hall of Famers as the Hall of Fame Museum is turned into the basketball party of the year!  With an open bar, catered food stations and butlered hors d’oeuvres, you’re sure to get your fill before watching the Class of 2019 Enshrinement Ceremony.  Transportation is provided to the Enshrinement Ceremony.

Be on hand to witness the live televised 2019 Enshrinement Ceremony.  Along with over 40 returning Hall of Famers, you’ll witness the Class of 2019 being welcomed into the Hall of Fame by their Hall of Fame presenters.  You’ll hear the remarkable and unforgettable acceptance speeches which will come to summarize the greatest careers in the history of basketball.  Be part of one of the greatest nights in sports as the basketball world converges on the birthplace of basketball, Springfield, Massachusetts.

Blessed with this fall weather and being able to c

Take advantage of these 70 degree fall days here i

The Farm Shop and Cafe will be at the William C. S