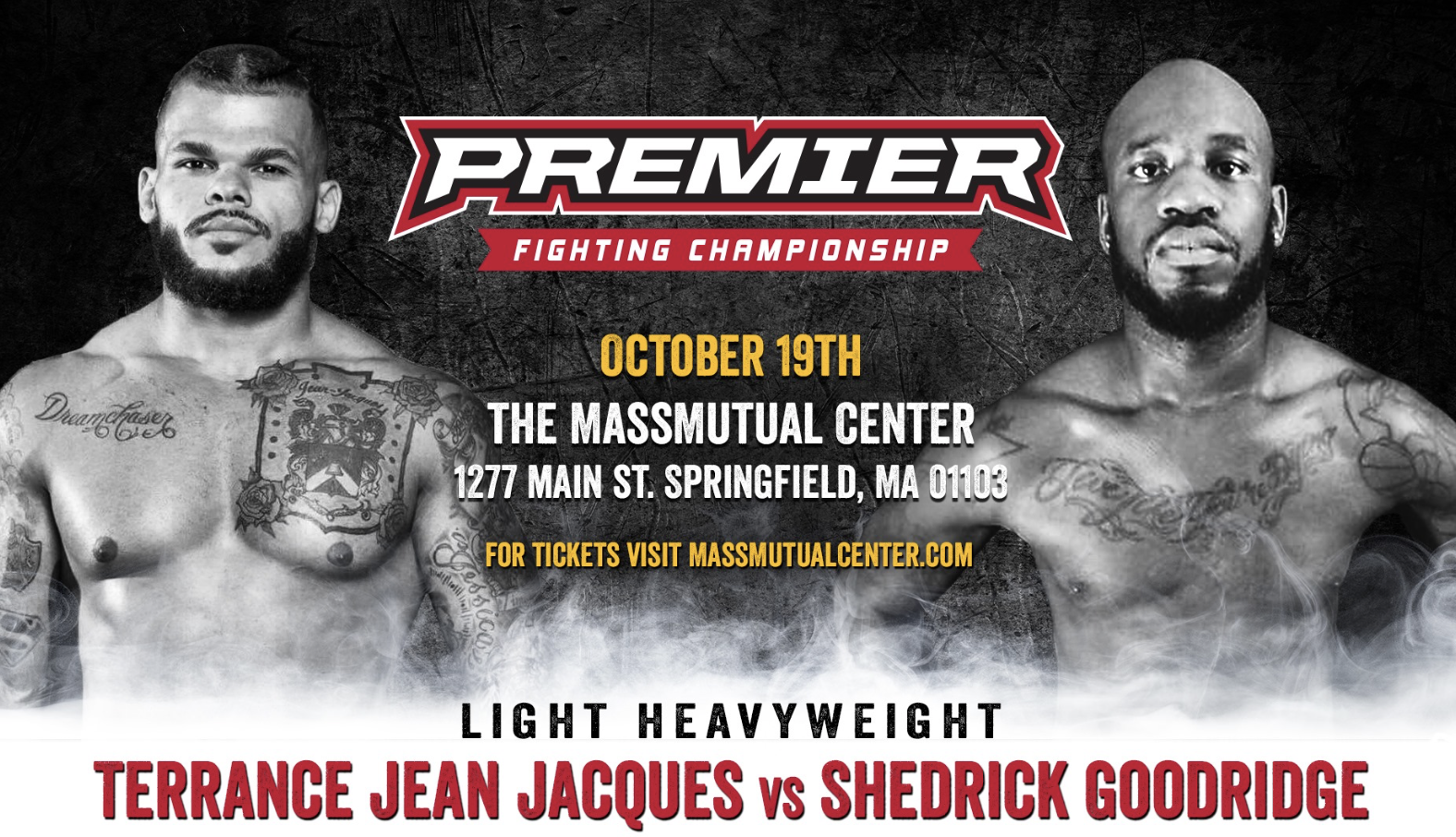 Premier Fighting Championship is returning to MassMutual Center this fall!

Premier Fighting Championship, a Massachusetts Mixed Martial Arts (MMA) promotion, will invade Springfield once again when MMA fighters from all over the Northeast and beyond come to MassMutual Center on Oct. 19.

Terrance Jean Jacques and Shedrick Goodridge will vie for the Light Heavyweight title and fighters from Brazil and Thailand will compete in the cage.

Tickets ON SALE Friday, Aug. 9 on http://mass.center/ZSRolp or at the MMC Box Office. Group tickets available in select sections!

More Info about PFC:
Premier Fighting Championship brings you a LIVE adrenaline-packed event showcasing MMA’s rising stars. Known as “The Proving Ground,” competitors come to establish themselves as the “Champions of Tomorrow.” Premier Fighting Championship has served as a launch-pad to many professional fighters who fight regularly for Bellator, World Series of Fighting, PFL & The UFC.

The Farm Shop and Cafe will be at the William C. S

Introducing #TuesdayTakeovers. Each week we give l