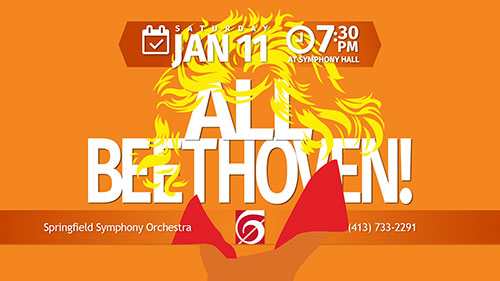 The SSO welcomes back its former Music Director and Conductor Mark Russell Smith to help kick off the 250th Anniversary of the birth of revolutionary genius Ludwig van Beethoven. Maestro Smith will begin our year-long fête with Beethoven’s First Symphony, a work strongly anchored in Viennese musical life, and fittingly written at the dawn of a new century, 1799-1800, when the composer was just 29. Next up is his Second Symphony, written in the summer of 1802 when Beethoven first revealed the secret of his deteriorating hearing. Despite his despair, the piece, cast in a sunny D major, is largely upbeat in mood. Accompanying the two symphonies is the one of the most famous pieces in the orchestral repertoire, the Overture to Goethe’s play Egmont, an explosively powerful work that showcases Beethoven as a champion of the oppressed.