Springfield Then and Now 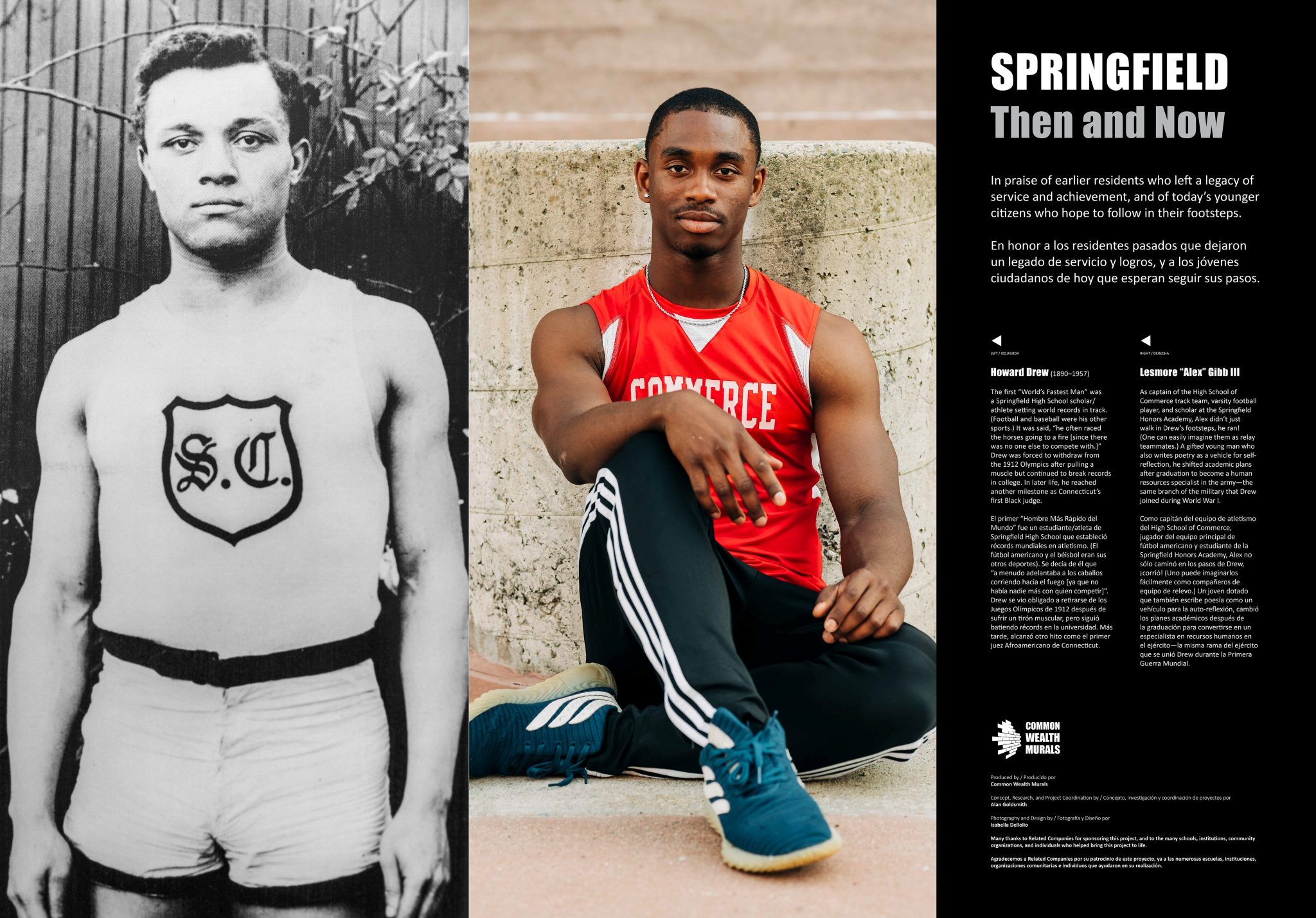 If you haven’t done so already, check out the “Springfield Then and Now” exhibit in Skyview Downtown’s Dwight Street storefront windows. It’s one of Metro Center’s best-kept secrets, even though it’s in full view of any passerby.

Featuring large-scale photographs of Springfield historical figures, coupled with engaging portraits of contemporary youth who hope to follow in their footsteps, the installation is a homage to the city’s illustrious past and paean to its future promise. Think of it as a block-long display of Springfield pride and excellence, as seen with the help of a bifocal lens.

The project is the brainchild of Springfield artist Alan Goldsmith, who collaborated with Amherst photographer Isabella Dellolio and Britt Rhue of Common Wealth Murals on bringing it to fruition. Funding was provided by the Related Beal company that owns and manages the Skyview complex.

“Springfield Then and Now” is expected to be on view at least until early spring. One section is located on Dwight Street immediately to the north of Pynchon Park opposite the Convention Center Garage. The second section is at the State Street end of Dwight Street. 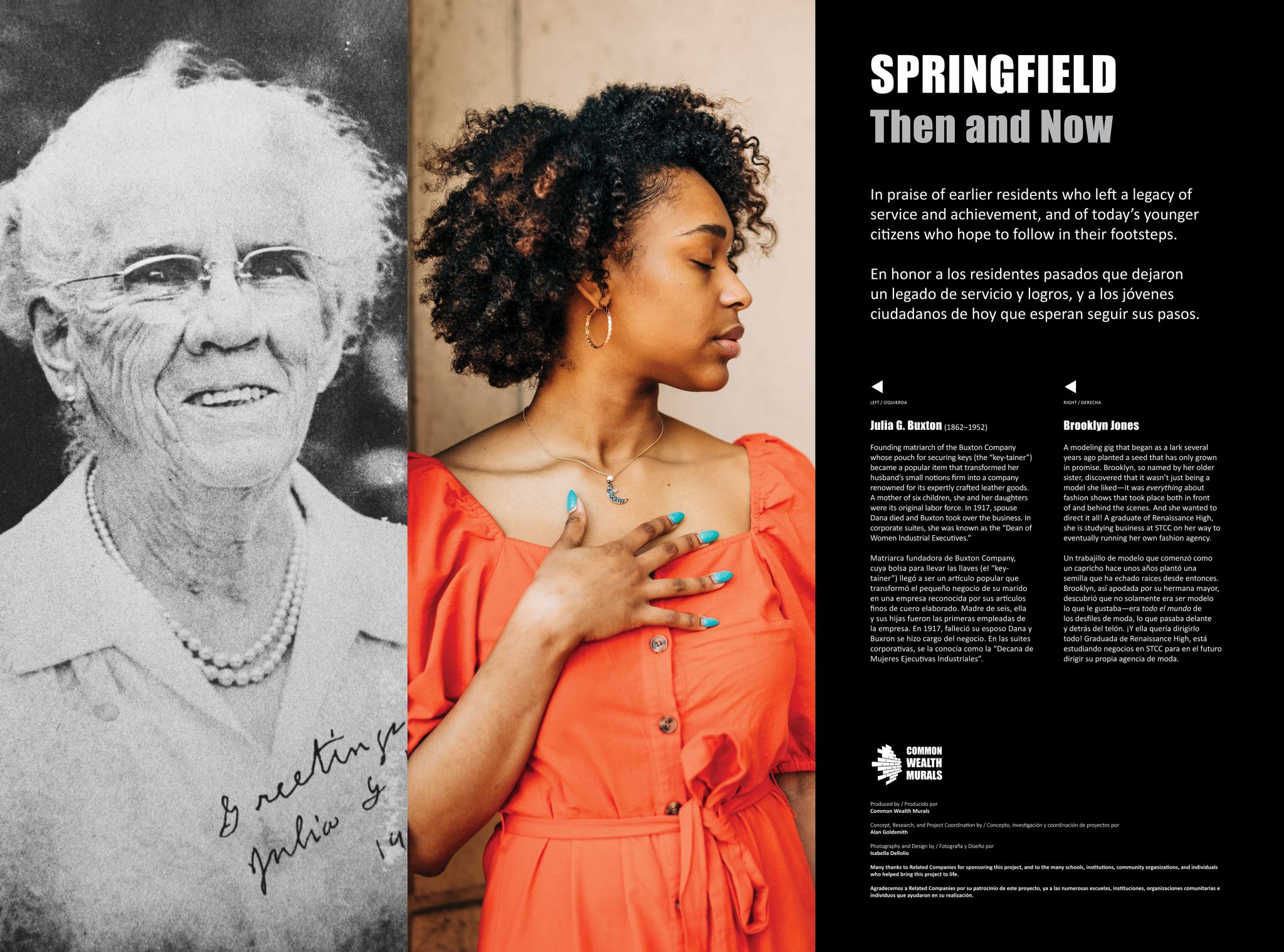