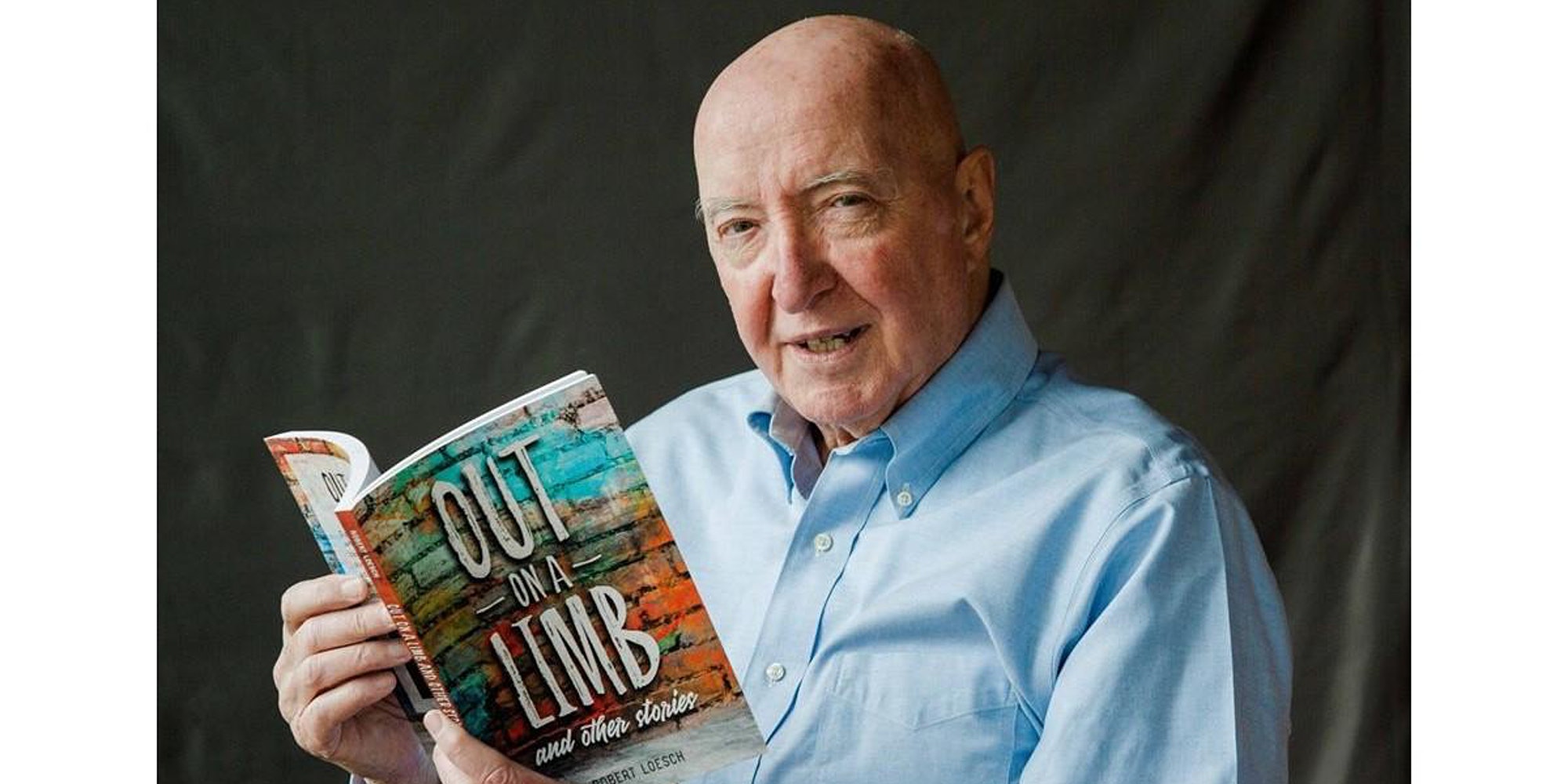 Free series! Join author Robert Loesch for a series of virtual readings and discussions of his short stories about people and places of Springfield, MA. You must register to receive the Zoom link.
“Out on a Limb and Other Stories” is a collection of nine short stories which take place between 2010-2019, in the actual settings of Agawam, Springfield, Westfield, West Springfield and Wilbraham in western Massachusetts. These stories share the personal experiences of ordinary people engaging in a variety of important situations and problems in positive ways. The people represent a diversity of faith communities, racial or ethnic backgrounds, socio-economic levels, ages, occupations and education. The main characters include Mexican American, Latina, African American, Greek American, Italian American and Caucasian. Although the settings are real, all of the characters are fictional.
Reading in advance is helpful but not necessary. Some copies are available in area libraries. To order a copy of your own, please contact the author at rkloesch@aol.com or (518) 674-8204 and he will send it by USPS.
September 8 – “A Second Chance- Ellen’s Story” is her account of attending her 2011 twenty-fifth high school reunion from Classical High School in 1986. The reunion brings back many memories of her high school years. In the meantime she has become a teacher at West Springfield High School and has recently became a widow.
September 15 – “Tony Gandolfo’s Story” includes his review of life as an Italian Catholic living in Springfield, his family and his career as a driver for Peter Pan Bus Lines from 1976-2016. He tells about the November 23, 2012 natural gas explosion across the street from his Worthington Street condominium.
September 22 – “James Paterson-My Life and Art” is the first person account of an artist/architect who grew up as the descendant of slaves in Virginia. Paterson’s family founded a construction company and James began work in Alexandria. In 1994, Paterson moved to Springfield to teach art at AIC, the Springfield Museums, Wesley United Methodist Church and around the city. He was in his home when the tornado of June 1, 2011, wreaked havoc in the area. The history of African Americans in Springfield is intertwined with James’ life in the city.
September 29 – “Alexander’s Odyssey” tells in Alexander Santorini’s own words the story of being the descendant of a Greek immigrant family. Several generations of his family are active members of the Greek Orthodox Cathedral. He shares about the food and dancing at the Glendi Festival and some of the church’s activities and services. Alexander describes the work at the Greek restaurant on Carew Street which he and his family own.
—–
Robert Loesch was born in Florida and graduated from schools in Massachusetts, New Jersey, Ohio and Connecticut. Most of his career has been in parish ministry and human services. He is a United Church of Christ clergyman who has lived and worked in Massachusetts, Connecticut and upstate New York. He has traveled in forty-nine of the United States and in over forty nations. He has lived in Springfield, MA for more than twenty-six years. His first collection, The Day the Drum Stopped and Other Stories, was published in 2013 by The Troy Book Makers, Troy, New York. To order books or for answers to your questions, please contact Robert at rkloesch@aol.com. He is available for book signing, readings and other author events.
+ Google Calendar+ iCal Export

Big plans are ahead for @1636north, stay tuned! Un

Anybody else catch a glimpse of last night’s PIN

Come be a part of the downtown community, click th