Summer is FAR from over folks. In fact, this week is one of the HIGHLIGHTS OF THE SUMMER all happening right here in Downtown Springfield… 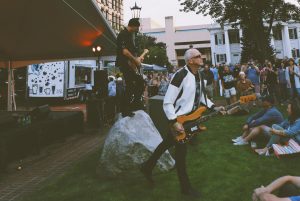 Paying tribute to the greatest Billboard hits from one of the most influential and musically diverse eras ever, THE 70’s PROJECT takes you on a spectacular trip back to the 1970’s and the quintessential musical styles that defined an era and inspired a generation. From Peter Frampton to Wild Cherry, from American Pie to That’s The Way uh huh uh huh, THE 70’s PROJECT recreates a truly magical musical experience that will have you singing, dancing and longing for your bell bottoms and lava lamps once again!

Enjoy the free concert from 7pm – 9pm on Court Square. Bring your lawn chairs, blankets and get ready for some fun. BATCH, Bistro Bus, Cantina Curbside Grill, Wild Dandelion Beer truck and more will be on site to enjoy. 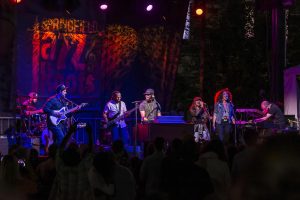 Presented by Blues To Green this amazing event celebrates community and culture through music and art!

Springfield Jazz and Roots has a new home this year in the neighborhood surrounding Stearns Square! Both Worthington and Bridge Streets will be closed between Main and Dwight Streets, creating a walking festival in the heart of downtown Springfield. The Charles Neville Main Stage is located in the Worthington Street Lot and the Urban Roots Stage is located alongside Tower Square Park. 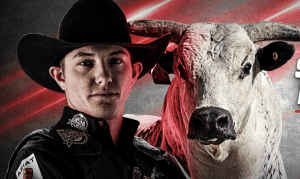 On Friday night, all 40 competing riders will attempt one bull each in Round 1. The same 40 riders will then return for Round 2 on Saturday evening. Following Round 2, the Top 10 will then advance to the championship round where they will attempt one final bull, all in an effort to be crowned the event champion.

Tickets for the event are on sale now, and start at $15, taxes and fees not included. Fans are encouraged to purchase their tickets early, with all price levels increasing $5 on event day. 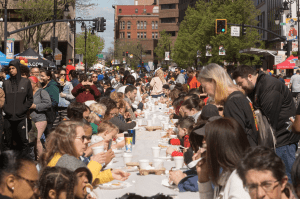 Boomer from the Springfield Thunderbirds 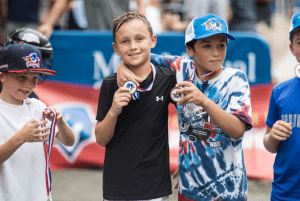 The Thunderbirds have just the stage for you – the 3rd Annual Springfield Thunderbirds Street Hockey Tournament. The third annual event will face off on Saturday, August 28 from 9 a.m. until 3 p.m. on Bruce Landon Way, next to the MassMutual Center.
Teams will be made up of four players, one goalie, and anywhere from 1-3 substitutes. Each team will play at least two games on the day, and by the end of the tournament, one team from each division will be crowned the Thunderbirds Street Hockey Tournament champions!
You can register your team right now for $25 a player (team size of 6-8 players) by contacting Matt McRobbie at (413) 417-2290 or send Matt an e-mail -> mmcrobbie@springfieldthunderbirds.com

Enjoy awesome shows at MGM Springfield through the rest of the summer. From Free Music Fridays out on the plaza to ROAR! Comedy Club returning. Click here for more info

Every Friday 11am – 4pm Duryea Way 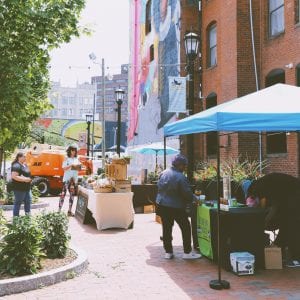 Meet us in Downtown – where friends and families from our community can access the freshest, locally grown western mass produce and products.
The 6th Annual Downtown Springfield Farmers’ Market presented by Westfield Bank is back at a new location. Every Friday at Duryea Way and Stearns Square, enjoy shopping from over a dozen vendors and local artisans and farmers.
Click here for more info
Don’t see an event on here you’d like to see?! Please email bridget@springfielddowntown.com

Wanna go, comment below to win a four pack of tick