Thunderbird Thursday’s will run from 4:00 p.m. through 8:00 p.m. each week from July 20th through October 12th in downtown Springfield.

Thunderbirds Thursday’s will rotate between three locations: 1350 Main Street by the Mass Live Building, Tower Square Park at 1477 Main st. , and The Shops at Marketplace at the rear of 1341 Main Street.Each of the special Thunderbird’s Thursday’s will feature live music, a beer garden, and food as part of the networking festivities.

Grab your Thunderbird Thursday Beer Passport from our craft beer table and receive up to 4 stamps this season for a chance to win a huge Craft Beer and Springfield Thunderbird  raffle prize.

At our final Thunderbird Thursday, everyone will have a chance to get a passport and four stamps to be entered to win our craft beer raffle prize basket. We will be sampling four craft beers that night. Ten Barrel, Blue Point, Golden Road, and White Lion. 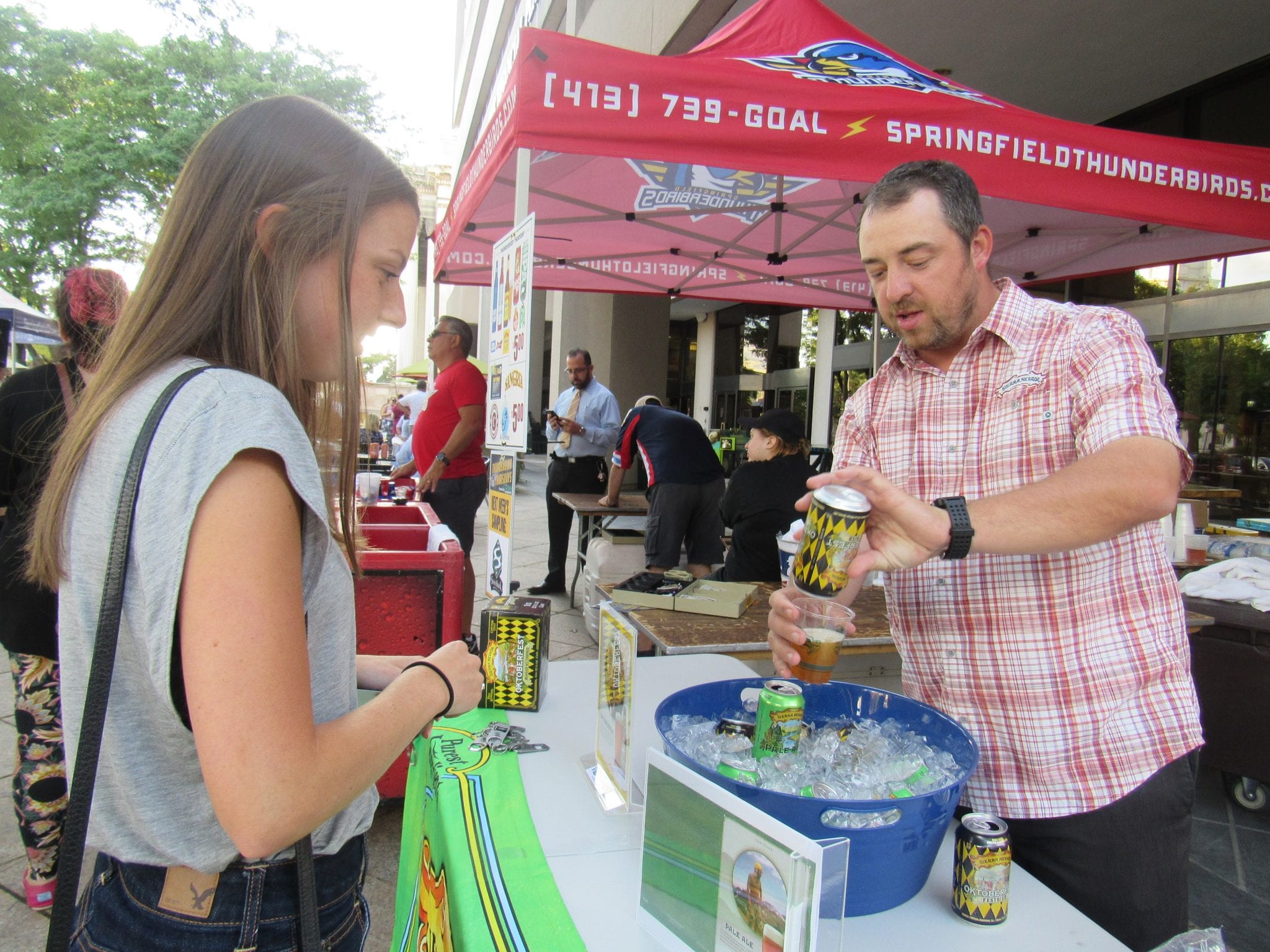