The “City of Firsts” is a great place to live. Founded in 1636 as the first Springfield in the New World, during the American Revolution, George Washington designated it as the site of the Springfield Armory for its central location, subsequently the site of Shays’ Rebellion. The city would also play a pivotal role in the Civil War, as a stop on the Underground Railroad and home of abolitionist John Brown, widely known for his raid on Harpers Ferry,[16] and for the Armory’s manufacture of the famed “Springfield rifles” used ubiquitously by Union troops. Closing during the Johnson administration, today the national parksite features the largest collection of historic American firearms in the world.[17] Today the city is the largest in western New England, and the urban, economic, and media capital of Massachusetts’ section of the Connecticut River Valley, colloquially known as the Pioneer Valley. Springfield has several nicknames—”The City of Firsts”, due to the many innovations developed there, such as the first American dictionary, the first American gas-powered automobile, and the first machining lathe for interchangeable parts; “The City of Homes”, due to its Victorian residential architecture; and “Hoop City”, as basketball—one of the world’s most popular sports—was invented in Springfield in 1891 by James Naismith.

Check Out What the Springfield National Armory has to Offer 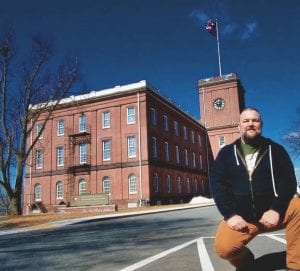 For nearly two centuries, the US Armed Forces and American industry looked to Springfield Armory for innovative engineering and superior firearms. Springfield Armory National Historic Site commemorates the critical role of the nation’s first armory by preserving and interpreting the world’s largest historic US military small arms collection, along with historic archives, buildings, and landscapes. 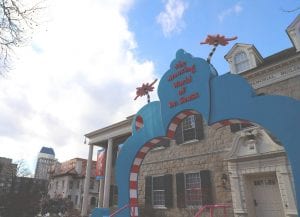 Located in the heart of downtown Springfield, Massachusetts, the Springfield Museums offer access to five world-class museums, including the Amazing World of Dr. Seuss Museum and the Dr. Seuss National Memorial Sculpture Garden, all under a single admission.

The Museum School at the Museums has been providing educational and cultural enrichment for people of all ages since 1918. The program began with studio art instruction and has expanded to include the areas of science, art history, creative writing, genealogy and history. The programs offered represent the rich and diverse resources and collections at the Museums and are led by dedicated staff and faculty. The Museum School is a place to learn, explore and let your imagination join your creative energies! 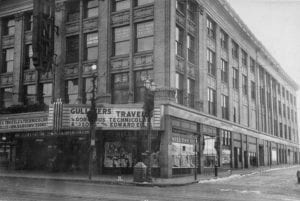 The Works Progress Administration was the largest New Deal agency, employing millions to carry out public works projects, including the construction of public buildings and roads, and operated large arts, drama, media and literacy projects. One of these projects undertaken in Springfield was the photographing of every building in the city. This project took place in 1938 & 1939 and represents what the City of Springfield looked like in the years between the Great Depression and World War II. The Springfield Preservation Trust has taken on an effort to digitally scan these images, which are found in the City of Springfield Building Department. The images are organized into albums by street which can be accessed using the links below. When viewing the individual images, click on the info icon in the top right side of the page to see the address information.

Click here to look through the hundreds of photos.